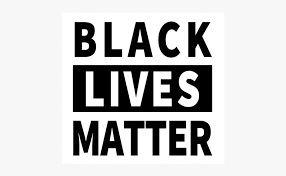 It has been a historical few weeks since George Floyd, a 46-year-old black man, was killed in Minneapolis on May 25, 2020, during an arrest for allegedly using a counterfeit bill. His tragic death represents the abuse of power by law enforcement as well as the deep roots of racial injustice. Floyd’s death has given way to indignation, anger, demands for justice, protests (peaceful and violent), and a surge of the rally cry: “Black Lives Matter.” With all that is going on, how are we as Christians to respond in the midst of it? As I reflect on Scripture, here are four things every follower of Christ should take to heart.

1. There is no place for racism among those who follow Christ

Each person, regardless of the color of their skin, is created “in the image of God” (Genesis 1:27) and therefore has intrinsic worth and value. We are all descendants from the same man (Noah, and ultimately Adam), and therefore there is only one race, the human race. When men hate each other because of race, language or skin color, it is a denial of the fact that we’re all related to each other.
1 John 4:20 says, “Whoever claims to love God yet hates a brother or sister is a liar. For whoever does not love their brother and sister, whom they have seen, cannot love God, whom they have not seen.”
The proof that we have been changed by the love and grace of God is that we extend that love and grace to others! And if we say we love God (whom we cannot see), yet don’t love the people around us (whom we can see), then we actually aren’t loving God at all. Our attitude towards others is a reflection of our relationship with God. Keep in mind that Jesus proclaimed good news to the poor, release to the enslaved, and freedom to the oppressed (Luke 4:16-19). If that was important to our Lord, then it must be important to us.

2. The church should be an example of unity in diversity

In Christ the barriers that normally separate us have been torn down.
Galatians 3:28 says, “There is neither Jew nor Greek, slave nor free, male nor female, for you are all one in Christ Jesus.”
There are to be no divisions in the body of Christ on the basis of ethnicity or skin color. The ground is level at the foot of the cross. We are all saved on the same basis—by grace through faith in the Lord Jesus Christ. The church is therefore to be a loving community of people who, though diverse and different, are nevertheless united around Jesus. In the body of Christ we rub shoulders and break bread with those who aren’t necessarily like us, and that’s a good thing. But, we are united by our affinity to Christ and for Christ. He is the glue that unites a diverse group of people. That is why racism cannot ever be solved politically; it is a symptom of a deeper, spiritual problem. As such, of all people, Christians should be the ones to showcase how there can be unity in diversity.

3. Mourn with those who mourn

There’s a post going around social media which says something like this:
“Two thousand years ago, Jesus ended the debate on which lives matter.
He died for all.” While I would agree with the truth of such a statement, I would question the timing of it. Such a statement may actually be ignoring the present social reality of the Black Lives Matter (BLM) movement. The BLM movement is about the treatment of black people by the criminal justice system, and about the broader racial inequities that exist in our society as a whole. As a Christian, I must acknowledge that social and racial injustices do exist. And there is an important response that we must have in this moment, and that is to mourn with those who are mourning. As it says in Romans 12:15 – “Mourn with those who mourn.”
We need to grieve over racial injustices that are taking place throughout a sin-stained world. We need to speak out against them (peacefully) as we have opportunity to do so. We can agree that, “Yes, black lives do matter.” We want to see black lives treated the same as white lives. We want to see Asian lives treated the same as white lives. We want to see a world where the color of one’s skin doesn’t dictate how one is treated, and we grieve whenever we see racism in any form. We mourn with those who mourn.
Having said that, we should also be grieving over the violence and looting and anarchy that has erupted in so many cities. That too is troubling, and we mourn with those who have lost their businesses and/or livelihood and who are also suffering.

The BLM movement is clearly a rally cry for justice. However, we cannot forget that at the heart of the gospel is also the important concept of mercy. We, who deserve God’s justice (judgment and wrath against our sin) have been shown mercy instead. And in light of that, we are told
James 2:12-13 – “Speak and act as those who are going to be judged by the law that gives freedom, 13because judgment without mercy will be shown to anyone who has not been merciful. Mercy triumphs over judgment!”
James is talking to believers who are saved by God’s mercy. And when we as believers stand at the judgment seat of Christ, we must give an answer for our words and deeds. Our lives must reflect the God of mercy who saved us.

The dual balance of justice and mercy is also seen in the Old Testament.
Micah 6:8 – “He has shown you, O mortal, what is good. And what does the Lord require of you? To act justly and to love mercy and to walk humbly with your God.”
Justice is important, but so is mercy. That doesn’t mean that people aren’t held accountable for their sinful actions, but it does mean as Christians we need to reflect on our own actions and attitudes: Do we demand justice, at the expense of mercy? Do we show mercy like we demand justice? Does mercy triumph in our relationships? These are just some of the ongoing questions we must each ask ourselves.