Our Thinking vs. God’s Promises 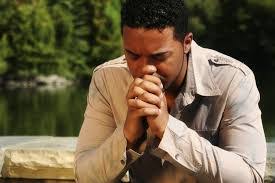 A few decades ago two shoe salesmen were sent to Nigeria to survey the country for the possibility of building a shoe factory. The first man came back and said, “Few people here wear shoes so there is little need to build a new shoe factory in Nigeria.”  The second came back and said, “This is the greatest opportunity we have ever had.  Everybody I saw needs a good pair of shoes.”  Isn’t it interesting? They both had the same facts available to them, but they had entirely different conclusions.  In a similar way, we are faced daily with various facts—a difficult circumstance, a temptation, a problem—and the way we interpret those facts and act on them is crucial to our faith. There are two ways to filter and interpret things: According to our thinking or according to God’s promises.

There is a story in the Bible which illustrates this. When Israel had reached the borders of the Promised land, Moses reminded them, “See, the LORD your God has given you the land. Go up and take possession of it” (Deuteronomy 1:21). God had promised them the land, now all they had to do was believe his promise and go and take possession of it. Twelve Spies were sent out to explore the land and bring back a report of the land and its people. When they returned they said that though it was a land flowing with milk and honey there were giants in the land—people who were stronger, bigger, and taller than the Israelites (Numbers 13:32–33)—and the cities were walled and fortified. These were the facts. Everyone could agree on the facts. But the problem was interpreting those facts. Ten of the spies said, “We can’t attack those people; they are stronger than we are” (Numbers 13:31). But two of the spies—Caleb and Joshua—concluded, “We should go up and take possession of the land, for we can certainly do it” (Numbers 13:30).

Joshua and Caleb were right. The people in the land were giants in comparison. The cities were fortified. But since God had promised them the land, they were to go and take possession. God would be with them. It was about believing and acting on God’s promises. Yet, how often are we like those 10 spies. We see the facts and concluded, “We can’t,” and all the while God is saying, “You can!” Let me give you some examples of how our thinking is often in contradiction to God’s promises.

When we don’t believe the promises of God, like Israel, we lose out on his blessings. On the other hand, taking God at his Word and believing His promises is the most exciting and satisfying way to live. Is there a promise you need to claim today? Is there some area where you’re thinking is in contradiction to God’s promises? If so, repent (have a change of mind) and believe God’s promises. It will make all the difference.