Failing Doesn’t Make you a Failure 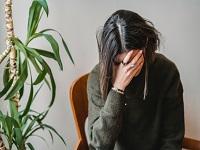 Peter’s failure, on the eve of Christ’s crucifixion, is well-known and well-documented in the Bible. He denied three times that he knew Jesus. Jesus had previously told Peter, “Very truly I tell you, before the rooster crows, you will disown me three times!” (John 13:38).  In no uncertain terms Jesus told Peter that he would disown him three times before the rooster crowed the next morning, which is exactly what happened.  However, in Luke’s version of this announcement Jesus added this important detail for Peter.  “Simon, Simon, Satan has asked to sift all of you as wheat. 32 But I have prayed for you, Simon, that your faith may not fail. And when you have turned back, strengthen your brothers” (Luke 22:31–32).
Notice how Jesus says, “When you have turned back.” Jesus saw past Peter’s failure to a bright future serving and leading the church. Peter did fail, but that isn’t the end of his story. After his remorse led him to repentance, he was restored and then he went on to do what God called him to do—lead the early church. Here’s the point: God can redeem your mistakes if you will let him. Failing doesn’t make you a failure.

I hope Peter’s story will encourage you today. Have you fallen recently? Perhaps you recently gave way under peer pressure. Maybe you spoke to someone unkindly or angrily. Perhaps you’re weighed down by some sinful choice you made not too long ago. If so, take heart! Peter not only felt like you, he also fell like you. The good news is that the Savior we believe in is God, who is in the business of cleansing and restoring all who turn to Him, and if we will turn back to Him as Peter did, then nothing and no one, not even Satan himself, can stop us from fulfilling God’s purposes for our life.