Getting your Eyes off your Problems and onto your God 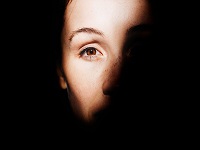 In the book of Numbers we read about a critical moment in the history of God’s people. They were on the edge of the land that God had promised to give them (Numbers 13:2), and the Lord commanded Moses to send out twelve spies to go up and explore the promised land and report back about the agricultural possibilities, the fortifications of the towns and cities, as well as the strength of the people living there. After forty days the spies returned and ten of them gave a negative report which fixated on the PROBLEMS.  “The people who live there are powerful, and the cities are fortified and very large” (Num.13:28), and “all the people we saw there are of great size…we seemed like grasshoppers in our own eyes” (Num.13:32-33).  Their conclusion was this: “We can’t attack those people; they are stronger than we are” (Num.13:31).  All they could see were the obstacles and difficulties and problems in taking possession of the land.  But, two of the spies, Caleb and Joshua, had a different perspective. They saw all the same things that the other ten had seen, but their conclusion was this: “If the LORD is pleased with us, He will lead us into that land, a land flowing with milk and honey, and will give it to us” (Num.14:8).  Caleb and Joshua didn’t ignore the problems, but their focus wasn’t how big the problems were, but how big their God was! The conclusion of the ten spies makes no mention of God.  The conclusion of Joshua and Caleb is completely focused on God.  Ultimately, they trusted in God’s promises to give them the land, and be with them.  They pleaded with everyone to see this: “The Lord is with us. Do not be afraid of them” (Num.13:9).  They tried to persuade everyone to get their eyes off their problems and onto their God.

Sadly, the people didn’t do that, and their lack of faith had tragic consequences. Aside from Caleb and Joshua, everyone over the age of twenty would wander in the dessert for 40 years (Num.14:34) and not enter the promised land.

For us as believers, under the New Covenant, the promised land isn’t a place, it’s the state of victorious Christian living.  God offers us the possibility to enter into it, each and every day.  The choice is ours.  It’s the choice to live in dependence and trust in the Lord.  It’s choosing to get our eyes off of ourselves and onto our God. It’s choosing to believe that He is for us and with us, and dwells within us by His Holy Spirit.  It’s recognizing that “apart from Jesus, we can do nothing” (John 15:5).  It’s acknowledging our sin, when we fall, and confessing it to God, inviting him to cleanse and restore us because of the blood of Jesus shed for us.  Yes, often our problems are big. But our God is bigger. The obstacles to our faith are real and many, but “God is our refuge and strength, an ever-present help in trouble.”