Social Media and the Monster of Envy 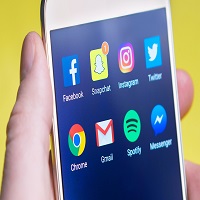 Social media is an amazing thing.  It instantly connects you with other people anywhere in the world.  Your news feed is full of videos, photos, quotes, and updates from friends, family, colleagues, and acquaintances.  It can be a great tool to keep in touch. But, it also has a darker side.  It can fuel a monster if we’re not careful: The monster of envy!

What exactly is envy? The Oxford dictionary defines it as the desire to have a quality, possession, or attribute belonging to (someone else).

There are all kinds of things we can envy. But however you describe it, envy is always wrong.
At one point, the Corinthian church had split into little cliques—the Paul supporters versus the Apollos supporters—and they directed all their energy into being envious of each other. Eventually, Paul had to step in and scold them for their sin.
1 Corinthians 3:3 (NKJV) – “For you are still carnal. For where there are envy, strife, and divisions among you, are you not carnal and behaving like mere men?”
Paul later said to those Christians, in 1 Corinthians 13:4 – “Love does not envy.”
When we envy, we are failing to love others (and God) as we should.

Here’s a few clues to know if envy is operating in your life. We may be sure we are suffering from envy when …

I think that if we were honest, we would have to admit that envy isn’t just a problem out there, in others, but it’s there in us too, more than we care to admit.

Part of overcoming envy begins by recognizing the spiritual roots of it.  When we envy, our struggle isn’t with the person we envy. Our real struggle is with God, because when we envy we are in effect saying to God, “Lord you made a mistake when you blessed them like that. I deserve some more of those blessings!”

Two times in the New Testament—Matthew 27:18 and Mark 15:10—it is said that Jesus was delivered over to be crucified because of the envy of the religious leaders.  Envy is always deadly. Here’s the good news though. Jesus died so that the very people who put him to death might be forgiven. If they can be forgiven, then all of us can be forgiven, too. There is hope for the worst of sinners because Jesus Christ has died—the innocent for the guilty.

If you sense that you need forgiveness from your sins, go to Jesus right now. He will not turn you away. His forgiveness and power can help you as you seek to live for Him.

The monster of envy is real, but so is the power of Jesus to cleanse, forgive, heal, and help.